It’s not only first-time flyers may find their airport experience a bit overwhelming. Even the most frequent and seasoned travelers can find airport terminals a daunting obstacle to navigate at times. Airports are no longer just a large waiting room, and the end of an extremely long security check and narrow corridor—they’ve evolved, over the past decade, to be a last-minute shopping haven; from the cheap and cheerful, to the expensive and extravagant. There are more opportunities for work, rest and play—Have you seen the amazing 5-storey rope playground at Singapore’s Changi Airport!

But what can you expect from your departure airport? We’ve learnt from our Members, and through research that experience is paramount when traveling. It comes above all other choices, including price. And every airport is out to deliver just that—an amazing cultural, eating and shopping experience no matter your preference. The chore for many people has always been how to consolidate all this information, and make it navigable.

Thankfully, the Priority Pass Product Team has been working hard to improve your airport experiences to do just that! The latest version of the Priority Pass website and mobile app has several new features; for example, there are 80+ newly released airport guides developed with the sole purpose to help you plan and best to use your time while waiting for your flight. Now as you’re jetting off on vacation, or that important business trip, you can more easily find out where there’s free Wi-Fi so you can stay connected, where to get discounts for shopping and food, or plan out your steps as you travel to the airport. 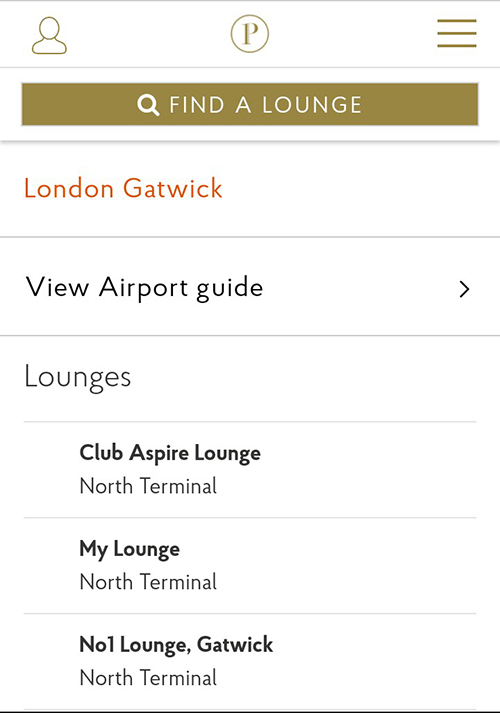 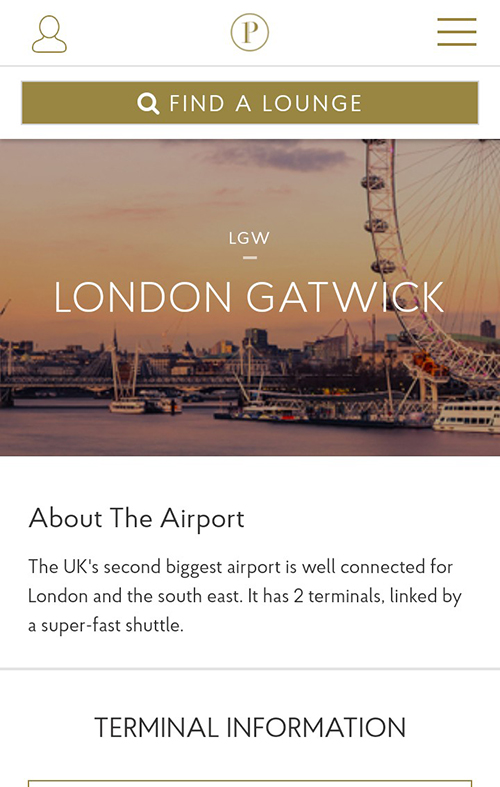 Below is a sample of 3 airports, and what you can expect from these guides:

If even the thought of visiting Heathrow makes your pulse race—you’re forgiven—after all it’s the busiest airport in Europe, and sixth busiest in the world by passenger traffic! Although based just outside Greater London, it has excellent rail transport links to the capital via the Heathrow Express, TFL Rail and the London Underground. And is located just off the M25, the motorway, or highway, that encircles London (also known as London’s biggest parking lot due to the amount of traffic), so it’s easy to reach any side of the city via car or taxi.

If you’re lucky enough to be flying in to Heathrow, be prepared for some amazing views on your descent to the airport. The runways lay east-west, and when the wind is from the west, your final approach will more than likely be over the city of London. How many famous landmarks can you spot out of the window?

This helpful Heathrow Airport guide includes information on all 4 of the current active terminals, so you’re covered no matter which terminal you’re visiting. There’s information on how to pre-order, and collect, baby milk and other items to help you if you’re traveling with a little one. Or if you like to stay active, there’s also healthy travel tips, including information on yoga and cardio classes which are held in terminal 2.

Officially opened in 2014, Doha Hamad International has an oasis theme, with wave-shaped roofs and wave motifs on the walls throughout—bringing a sense of calm to the otherwise vast and busy surroundings.

Famously situated in the Grand Foyer of the airport is the gigantic “Lamp Bear”, which was purchased by a member of the Qatari royal family for $6.8 million USD in an auction at Christies. It stands at 23 feet tall, so it’s pretty difficult to miss—but in case you do, walk down the South Node of Terminal 1. You can’t miss it, just look up!

After expansion plans were approved in September 2015 to cater for the influx of fans visiting for the 2022 FIFA World Cup in Qatar. It will include an extension of the Doha Metro to ease onward travel options. We’ve trawled the internet for facts and tips for you to read on our Doha Hamad International airport guide, so you’ll know what to expect.

Paris Charles de Gaulle is the largest international airport in France. It welcomed 69,471,442 passengers in 2017 making it the second busiest airport in Europe, just behind London Heathrow.

Interestingly, terminal 1 was built in the shape of an octopus. The central circle, being the hub, connects all seven satellites to the boarding gates via underground walkways. Terminal 2 is confusingly split in to lettered sub-terminals from 2A through to 2G. If you’re a U2 fan, terminal 2F was used to film the music video for “Beautiful Day,” and the album artwork for “All That You Can’t Leave Behind” was pictured there in 2000.

There are 5 lounges available to Priority Pass Members across the airport. You can spend your pre-flight time viewing many of the exquisite artworks on display in terminal 1 and 2E. Some of which are displays from the Louvre and Palace of Versailles. Read more about getting to and from the airport, travel tips and added information using our newly created comprehensive airport guide.